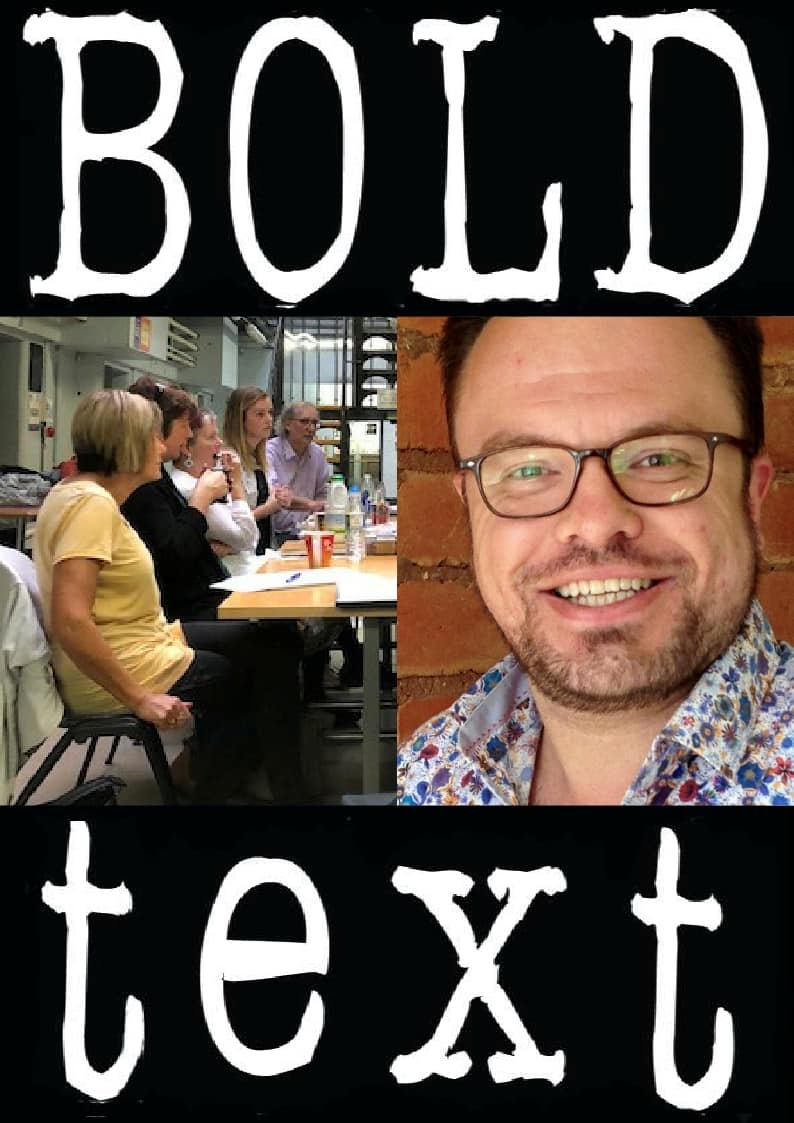 Learn the basics of scriptwriting with professional dramatist and member of BOLDtext Playwrights, Tim Stimpson.

Do you have a passion for writing? Do you have an idea for a play but don’t know where to start? Have you written a play and want to make it even better?

Join Tim Stimpson for this special FREE workshop, provided alongside BOLDtext Playwrights’ upcoming show Gem of a Place, part of the Birmingham 2022 Festival. Using fun and easy exercises, you’ll learn how to develop characters, structure narrative, and reveal theme. No prior experience is necessary; just an enthusiasm for telling stories. Oh, and you’ll need something to write on too! Attendees will also be given discounted entrance to the Pen Museum.

Gem of a Place is a theatrical journey through the heart of the Jewellery Quarter. It tells various stories, including Birmingham’s extraordinary legacy in pen production, a manufacturing revolution that spread literacy around the world. What better place to hold a writing workshop than the JQ’s Pen Museum?

Tim Stimpson is an award-winning writer, working in theatre, radio and TV. His work has been performed at theatres including The Rep, Soho, Arcola, and Southwark Playhouse. He has written for The Archers (BBC Radio 4) for almost twenty years, as well as Doctors, Casualty, and EastEnders. He teaches for the BBC Academy and Bristol Old Vic Theatre School and is the West Midlands representative for the Writers’ Guild of Great Britain.